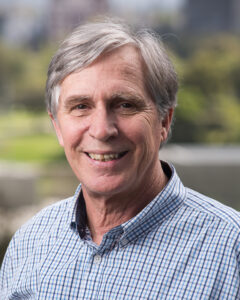 Ed is on Vote Solar’s regulatory team working to transform the electric power system to be cleaner, smarter and more durable by integrating solar power and other clean energy technologies at all scales from rooftop to the utility-scale power plant. Vote Solar is involved in regulatory activities in 12 states.

Before joining Vote Solar he worked for SunPower Corp. as its director of utility and power plant sales. There he was responsible for the development of more than a gigawatt of solar power plants now in operation across the United States.

Earlier in his career, he worked as a senior manager for commercial solar projects at Sharp Electronics, as assistant general manager for electricity at the San Francisco Public Utilities Commission and as executive director of the Pace Law School Energy Project. He served for 10 years as an elected Board Member of the Sacramento Municipal Utility District. He is the author of “Reinventing Electric Utilities: Competition, Citizen Action, and Clean Power”.