Communities like Muskegon Heights, Michigan benefit from switch to solar 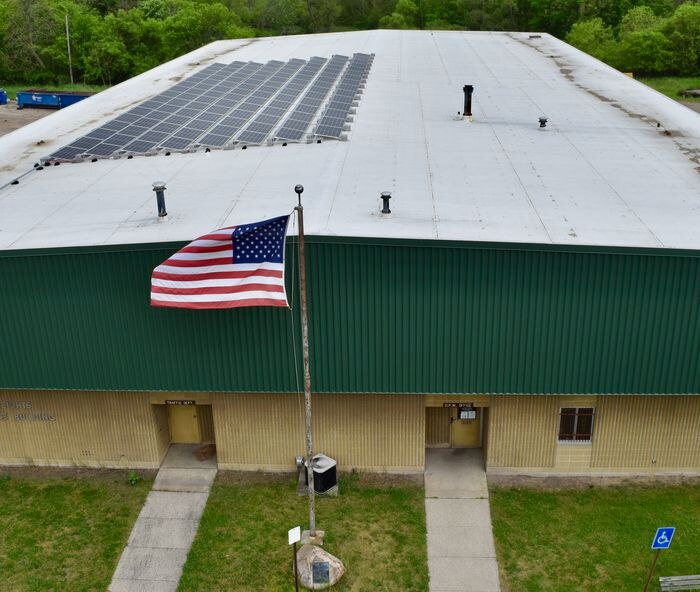 Muskegon Heights officials recently powered up new solar panels installed on the community’s public works buildings – part of a multi-phased plan to convert half of the municipality’s buildings to solar power.

Although the day was overcast, it was still a momentous occasion because solar panels don’t need an extremely sunny day to produce electricity. From the moment the panels were turned on, Muskegon Heights was increasing its own energy independence, reducing pollution and saving taxpayers money.

For communities embracing clean energy, the switch to solar means creating a healthier, more sustainable future for our residents.

The move is commendable on a variety of fronts. From the economic perspective, the 645-kilowatt system should offset nearly half of the electricity currently used at Muskegon Heights public works buildings. So, solar is a big win for taxpayers.

The new solar system will net a projected savings of $100,000 per year for our community. That is a significant amount of taxpayer resources that can be reinvested in our schools, libraries, first responders, community services and more.

Clean energy, like solar, produces additional benefits for our air, land and water unlike coal and oil and other fossil fuels that create pollution. Solar energy helps promote cleaner air and less pollution.

By making the switch to solar, Muskegon Heights is doing its part to reduce pollution in our air, land and water. This is particularly important for children and adults with asthma or other types of respiratory or cardiovascular illnesses, as well as those who live off the land or enjoy our streams, rivers and lakes.