Voting will happen in two ways:
1. On Vote Solar’s Twitter and LinkedIn
2. Through an online form
In both cases, take a minute to share why you believe the finalist you selected deserves the award.

Yesenia has been a community organizer from the start working with frontline and under-resourced communities throughout her career. As a tenant organizer at the Latino Economic Development Center, she worked with tenants across Washington DC and helped them assert their rights under DC law.

For Yesenia, energy and environmental justice are personal. She grew up in Puerto Rico and felt the impact of energy burdens and insecurity. She has seen the difference that having access to renewable energy can have on families, especially those struggling to pay their utility bills. She continues to advocate for the people of Puerto Rico and the need to build a new, more resilient grid focused on equity and renewable energy.

In her most recent role as Executive Director for Solstice Initiative, she continues to be an outspoken advocate for a just transition and eliminating barriers to clean energy. She leads a team working on innovative community-led energy solutions that will increase access to clean energy for traditionally excluded communities through research, policy and community-led solar projects. 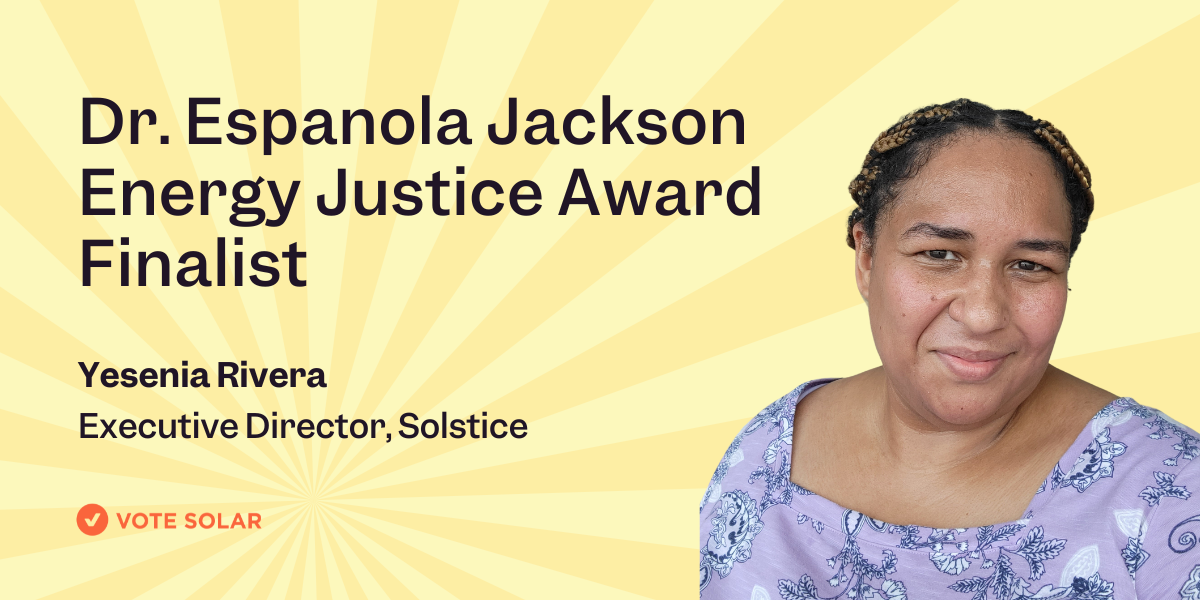 Director of Workforce Development, WE ACT for Environmental Justice
Pronouns: He /Him

Charles Callaway is a resident of West Harlem. As the Director of Workforce Development at WE ACT for Environmental Justice, Charles taps into his many years of working with and leading empowerment programs throughout Harlem. At WE ACT, he has recruited and trained more than 2,000 people in 30 hours of OSHA and 32 hours of asbestos handling classes, along with over 100 certified solar installers. As a result, more than 200 now have jobs, including 138 community members working in construction and 78 in the solar industry. Charles has also been instrumental in developing a solar workers cooperative, SUNS: Solar Uptown Now Services, with his solar trainees, and they have installed 14 megawatts of solar power to date. Charles previously served as WE ACT’s Director of Organizing, pivotal in organizing residents around significant issues in the community and helping them understand the importance of advocating on its behalf. He worked with Harlem residents on the Columbia University expansion and 125th Street rezoning. Charles also worked with the Mother Clara Hale Community Taskforce and the MTA to build Harlem’s first green bus depot. 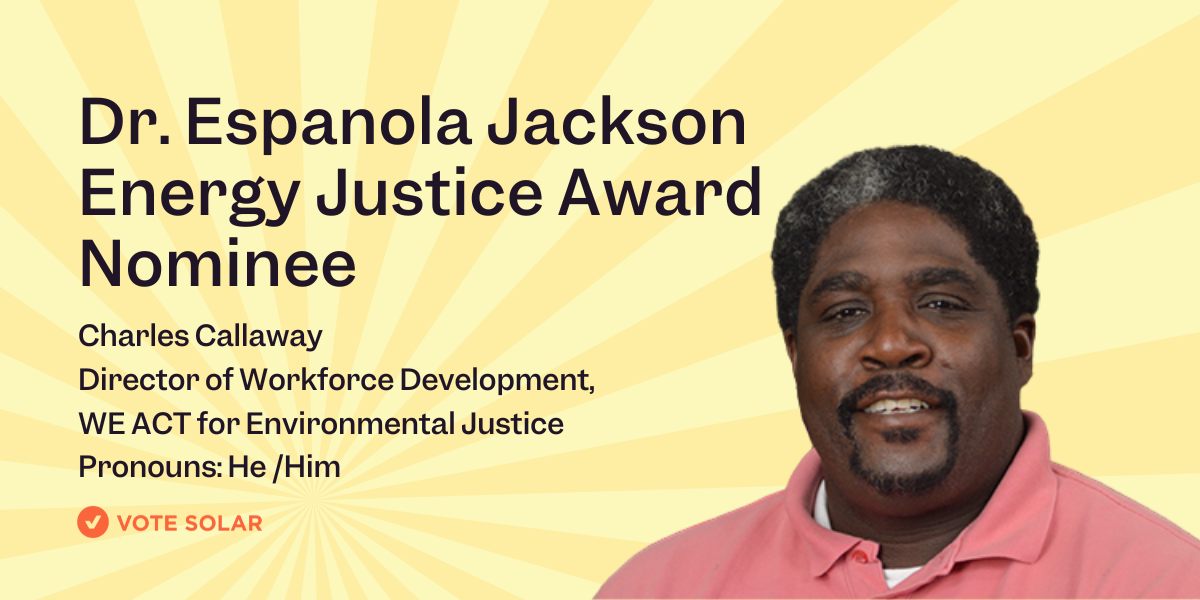 Kristel leads the Xcel Rate Case Campaign for MNIPL, which will coordinate with congregations and the communities of the North and South Green Zones in Minneapolis. This work will direct residents to programs and resources to help lower their utility bills and their carbon footprint by choosing to receive energy efficiency audits, subscribing to community solar, signing up for the Solstar Project, and opting into the Organics Recycling Program.

Kristel is also the Executive Director of MN Renewable Now and was formerly the Executive Director of Cleveland Neighborhood Association. She has started different environmentally focused initiatives such as Clean City Youth, which taught youth about waste and how to take care of the environment; as well as Cycle Sisters, which is a program that hosts regular group bike rides for BIPOC women.

Kristel was one of the founders of United Black Legislative Agenda, which was instrumental in the passing of the Urban Ag Bill. In 2020 Kristel planted over 300 trees and worked with the Family of Trees to plant over 1500 white spruces, red maples, and river birches. This initiative is to help mitigate the CO2 in North Minneapolis which also addresses the Heat Island Effect. Currently, Kristel is working to address racial equity through a “block by block” initiative to retrofit 24 rooftops with solar per year in North Minneapolis which began in 2021. 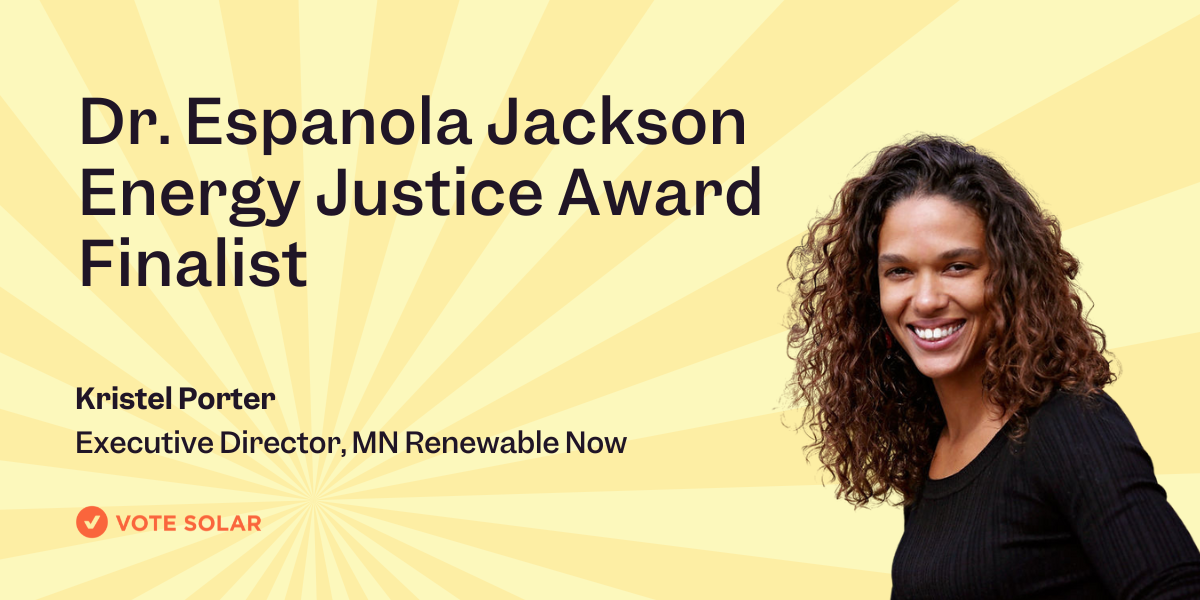