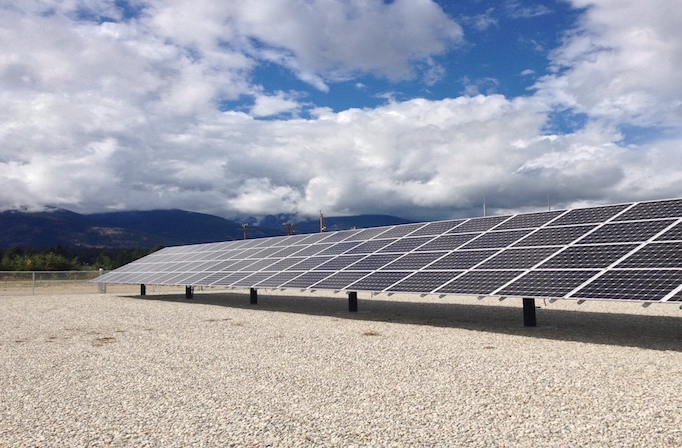 It is called big sky country because it has wide-open spaces with plenty of sunshine. But for all of its potential, Montana hasn’t yet gotten on board the solar bandwagon.

That could change soon, though, if the Montana Public Service Commission adopts Vote Solar’s proposal for a tariff that would apply for solar projects smaller than three megawatts in size. That proposal comes out of a case implementing the Public Utilities Regulatory Policy Act (PURPA) in Montana that Vote Solar, together with the Montana Environmental Information Center and Earthjustice, have been working on for nearly a year.

PURPA was enacted by Congress back in 1978 to encourage the development of small power plants using renewable resources such as wind, solar, hydro and biomass. PURPA is implemented state-by-state through regulatory commissions which adopt rates that are paid to the owners of qualifying power plants. Those rates must be non-discriminatory and equal to what the utility would get paid for incremental power from projects that it would develop on its own. The rates for solar and other qualifying facilities are based on what is called “avoided costs.”  If the calculation of avoided costs is done correctly, electric consumers will be economically indifferent to the source of generation used to power their home or business.

Nearby Utah has implemented PURPA in a way that has made that state a leader in solar development. In 2016, annual solar production in Utah jumped from 99 gigawatt hours to 1,023 gigawatt hours according to the U.S. Energy Information Administration. On a per capita basis, Utah now produces 32 times more solar electricity than Montana. But Montana could catch up in a year or two if the Montana Public Service Commission treats solar fairly.

Montana has had a solar tariff in place for projects under three megawatts since 2012. However, it was not until last year, with the continuing decline in solar costs, that the solar market began to take off. By mid-2016, over 135 MW of small solar projects were under development in Montana with grid interconnection studies well underway. That’s when the state’s largest electric utility, Northwestern Energy, panicked and petitioned the Montana Commission to immediately suspend the solar tariff and replace it with an updated one.

Despite the disruptive and costly consequences to several solar developers, the Montana Commission agreed to suspend Northwestern’s obligation to pay for projects that were getting ready to come on-line.

That’s when Vote Solar and Earthjustice intervened. Our priority is to ensure that the updated solar tariff accurately and comprehensively evaluated all avoided costs. After a public hearing in mid-January and the submission of post-hearing briefs by parties, the process is nearing an end.

Not surprisingly, Northwestern Energy has made its modeling for determining avoided costs as complex and opaque as possible. Vote Solar and its allies, on the other hand, have argued that the Commission should retain the method it adopted back in 2012, which is transparent and well understood by all the parties. Using that method the updated solar tariff would be in the range of $60 to $70 per megawatt hour.

Northwestern Energy came to a very different recommendation to the Commission of $34 to $44 per megawatt hour.  They did this by cherry-picking assumptions about the future price of natural gas, by assuming that during periods when they had excess fossil fuel generation that solar power had no value rather than the value it would receive in the broader regional market, and by diminishing the value of renewable energy credits.

Now it is up to the five-member Montana Commission to decide. They have a unique  opportunity to rely on evidence presented by Vote Solar and others and adopt a fair, competitive solar tariff that will open up Montana to the benefits of clean, abundant and economy-growing solar energy.