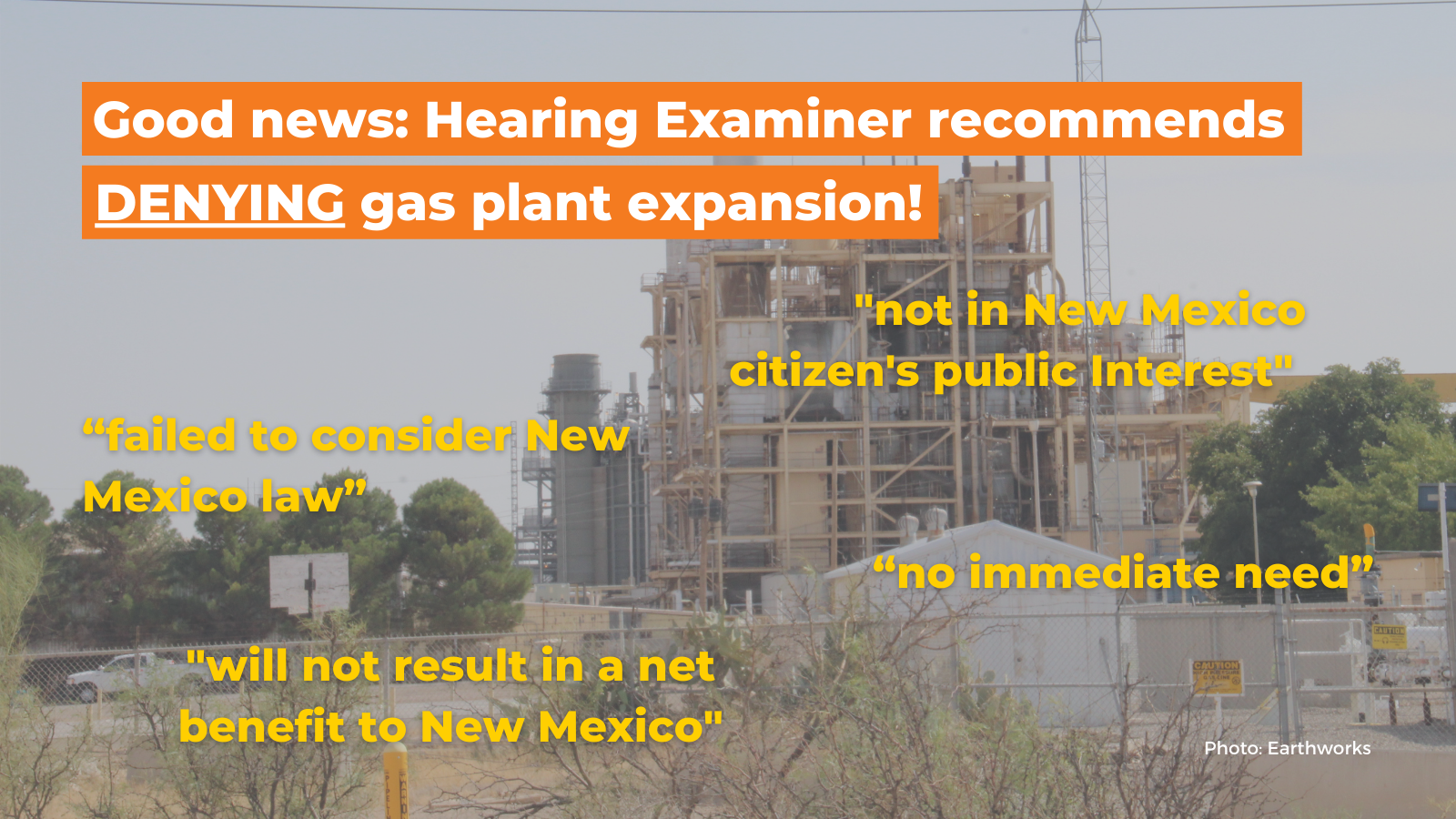 Las Cruces, NM — El Paso Electric (EPE) “failed to consider New Mexico law” in its application to expand the Newman Generating Station in El Paso, TX, found Hearing Examiner Elizabeth Hurst in her recommendation to deny the application issued Monday. Her findings affirmed testimony submitted by the advocacy group Vote Solar in the case before the New Mexico Public Regulation Commission (NMPRC), adding that there was “no immediate need” for additional capacity in EPE’s service territory.

“EPE’s choice of natural gas generation with a projected lifespan of at least 40 years will not result in a net benefit to New Mexico citizens and EPE’s failure to consider the amended REA requirements and 2045 zero carbon emission requirement in its resource selection process is not in New Mexico citizens’ public Interest,” said Hearing Examiner Elizabeth Hurst in her recommendation (pg. 15). “Authorizing a CCN for Newman Unit 6 could subject EPE’s ratepayers to paying stranded costs for some of the years of service lives that will be lost.”

The proposal for the sixth turbine at the facility has already been approved by the Public Utilities Commission of Texas and is now pending before the PRC. Hurst’s findings and recommendation now go to the NMPRC, which will make a final determination on the application in the coming weeks.

“The Hearing Examiner’s recommendation underscores the importance of state renewable energy policies,” said Rick Gilliam, Vote Solar’s Regulatory Director and author of the testimony on rate design and climate risk. “A 100% clean energy future is the law in New Mexico, and that law must be enforced.”

“We are looking to the Public Regulation Commission to put the interests of EPE’s customers first by rejecting the company’s request to build an unneeded fossil-fuel power plant,” said Sara Gersen, Clean Energy Staff Attorney at Earthjustice. “EPE’s shareholders stand to profit handsomely from this gas plant. But customers will be better off if the utility relies on resources like solar and wind, which are less costly, less risky, and clean.”

A summary of the proceeding including timeline, key arguments and expert bios is available here. Vote Solar is represented by Earthjustice in this proceeding. Vote Solar’s testimonies submitted by Rick Gilliam and Grid Strategies’ Michael Goggin addressed El Paso Electric’s misrepresentation of the capacity value of solar and wind alternatives, and the Company’s failure to address gas risk, climate risk and benefits of time-of-use rates. A diverse set of parties, including the New Mexico Attorney General and the City of Las Cruces, agreed that El Paso Electric’s proposal to invest in a new gas power plant was not in the public interest.

The NMPRC is expected to vote on EPE’s application before the end of the year.