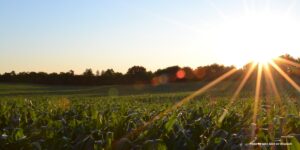 Over 4,000 families and small businesses would see large increases to power bills

Boise, ID — On Nov. 13, Idaho Power Company (IPC) filed a proposal to change the rules for existing rooftop solar customers. This change would decrease the price Idaho Power pays rooftop solar owners for their excess energy by 50%, causing large increases to the monthly bills for the 4,000+ customers who have already adopted rooftop solar, and leaving an estimated 1,300 of those families and small businesses completely underwater on their investments.

“Idaho families deserve better from Idaho Power and the PUC,” said Ben Otto of the Idaho Conservation League. “Idahoans who chose to invest early in their energy freedom should not have the rules changed after the deal is done. Changing the math now is unfair and penalizes those who are leading Idaho into a clean energy future.”

In their comments, ICL and Vote Solar advocate for the PUC to protect existing Idaho Power residential and small business solar customers from new compensation rules that will replace net-metering next year.

“Utilities across the country are trying to stand between customers and clean, local, affordable solar energy,” said Briana Kobor of Vote Solar. “Maintaining fair pricing for existing customers is a commonsense compromise that allows both consumers and utilities to keep good-faith agreements.”

Net metering allows solar customers to receive a credit on their bill for the excess electricity they send back to the grid. Today, that credit is the same as the rate all customers pay Idaho Power for electricity. However, under a recently filed settlement that value would decrease over time to a rate 50% lower than today.

Idaho Power Company serves over 560,000 customers in Idaho and Oregon. Its service territory stretches across the state from Ontario, ID to Blackfoot, ID, and includes major metropolitan areas, Boise, Twin Falls and Pocatello. The company has committed to providing 100% clean energy by 2045, but by ending net metering and potentially lowering rates for existing solar customers Idaho Power is making it clear that it wants to be the only one that controls that affordable, reliable clean power.

Idaho’s solar industry currently employs 557 people and has invested over $645 million in the state. Idaho ranks 21st in installed solar with over 488 megawatts installed, enough to power 64,443 homes, according to the Solar Energy Industry Association.

Vote Solar’s mission is to make solar a mainstream energy resource across the U.S. Since 2002, Vote Solar has been working to lower solar costs and expand solar access. A 501(c)3 non-profit organization, Vote Solar advocates for state policies and programs needed to repower our electric grid with clean energy. Vote Solar works to remove regulatory barriers and implement key policies needed to bring solar to scale.