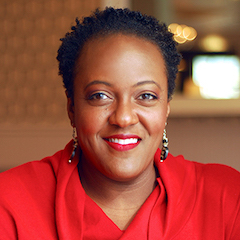 In 2014, she was appointed by President Barack Obama to serve as Regional Administrator for Environmental Protection Agency’s (EPA) Southeast Region. Known for her energetic and genuine commitment to people, her work has made her a national figure in public service, diversity and community engagement.

She loves triathlons and bacon, and at any time can be found chasing her toddler or riding in old classic cars with her husband and daughter.