Juneteenth: To Those Who Weren’t Supposed to Survive, but Thrived - Vote Solar
Skip to content

Juneteenth: To Those Who Weren’t Supposed to Survive, but Thrived

For Juneteenth 2021, Brandy A. Hyatt, Access & Equity Program Manager, shares this spotlight on Black LGBTQ+ voices who have fought for the liberation of Black folks and against environmental racism.  Part of a series: Vote Solar Staff Voices

“I was going to die, sooner or later, whether or not I had even spoken myself. My silences had not protected me. Your silences will not protect you.”
– Audre Lorde.

On June 19th, in 1865, enslaved Black folks of Galveston, TX were told they were now free. No longer would the Black community of Galvenston be enslaved. We commemorate June 19th, also known as Juneteenth or Emancipation Day, because it is the day in which every Black person finally received their freedom in the United States of America. In the words of the late and great Fannie Lou Hamer, “Nobody’s free until everybody’s free.”

This Juneteenth, I take this opportunity to uplift the Black LGBTQ+ voices that have fought for the liberation of Black folks and against environmental racism. I often think about how I would not be here if it wasn’t for the courage, determination and liberation mindset of my elders and my contemporaries. Elders that survived the global slave trade, redlining, the Tulsa massacre, the war on drugs, the AIDS epidemic, environmental racism, police brutality and more. I, the Black, queer, non-binary person you see today would not be possible without those that came before me and those who have yet to come. 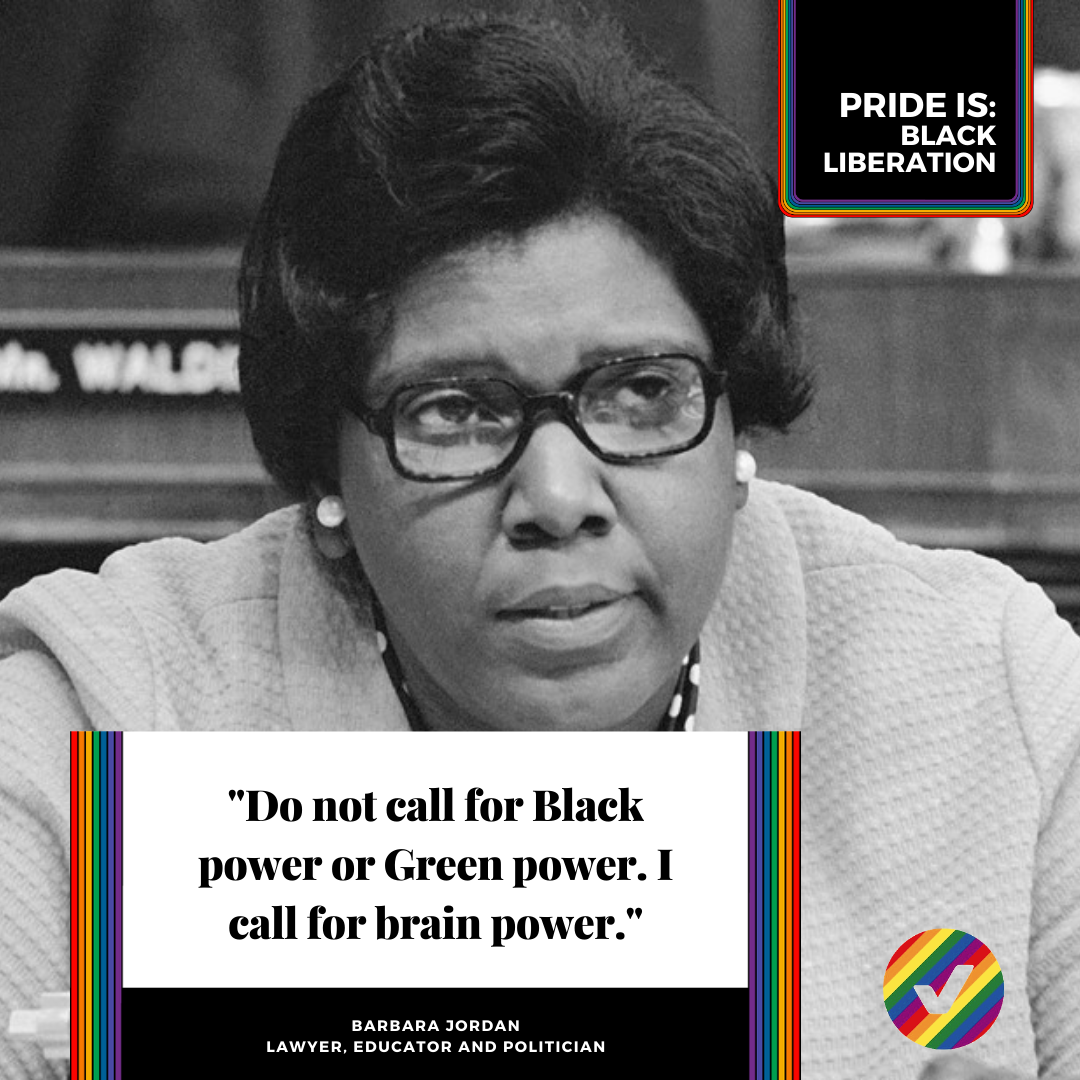 Representative Barbara Jordan, born February 21, 1936 and died January 17, 1996, was a lawyer, educator and politician. Starting her political career as the first Black State Senator in her home state of Texas since 1883, she was best known for her time serving in Congress from 1973 to 1979 as a member of the U.S. House of Representatives.

Rep. Jordan’s legislative leadership in Texas focused on environmentalism, antidiscrimination clauses in state business contracts, and urban legislation, and  and she went on to continue to fight for underserved communities and social equity in Congress. Although Jordan did not publicly announce her sexual orientation, she was in a relationship for over twenty years with her longtime partner Nancy Earl. 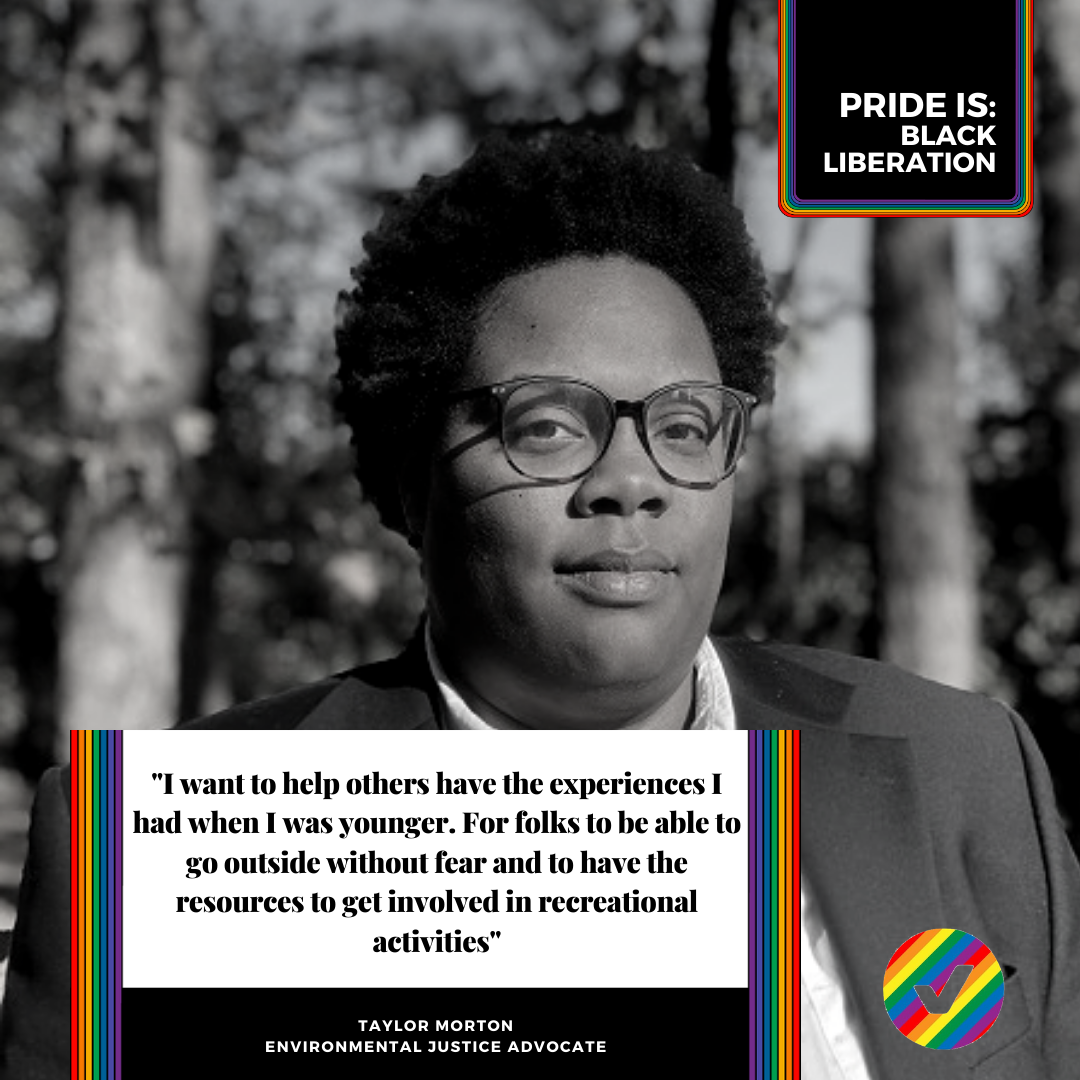 Taylor Morton, pronouns They/Them, is an environmental health advocate hailing from South Carolina, now residing in New York. Morton was exposed to environmentalism at an early age through their father, a wildlife biologist. The experiences of their youth motivated them to pursue a career in environmentalism.

Morton currently serves as the Director of Environmental Health and Education at WE ACT for Environmental Justice. Morton runs environmental health education programs and leads policy initiatives focused on improving the homes and heath of public housing residents.

Read this profile of Taylor Morton from NRDC: A New York climate justice activist with roots in the blue ridge mountains. 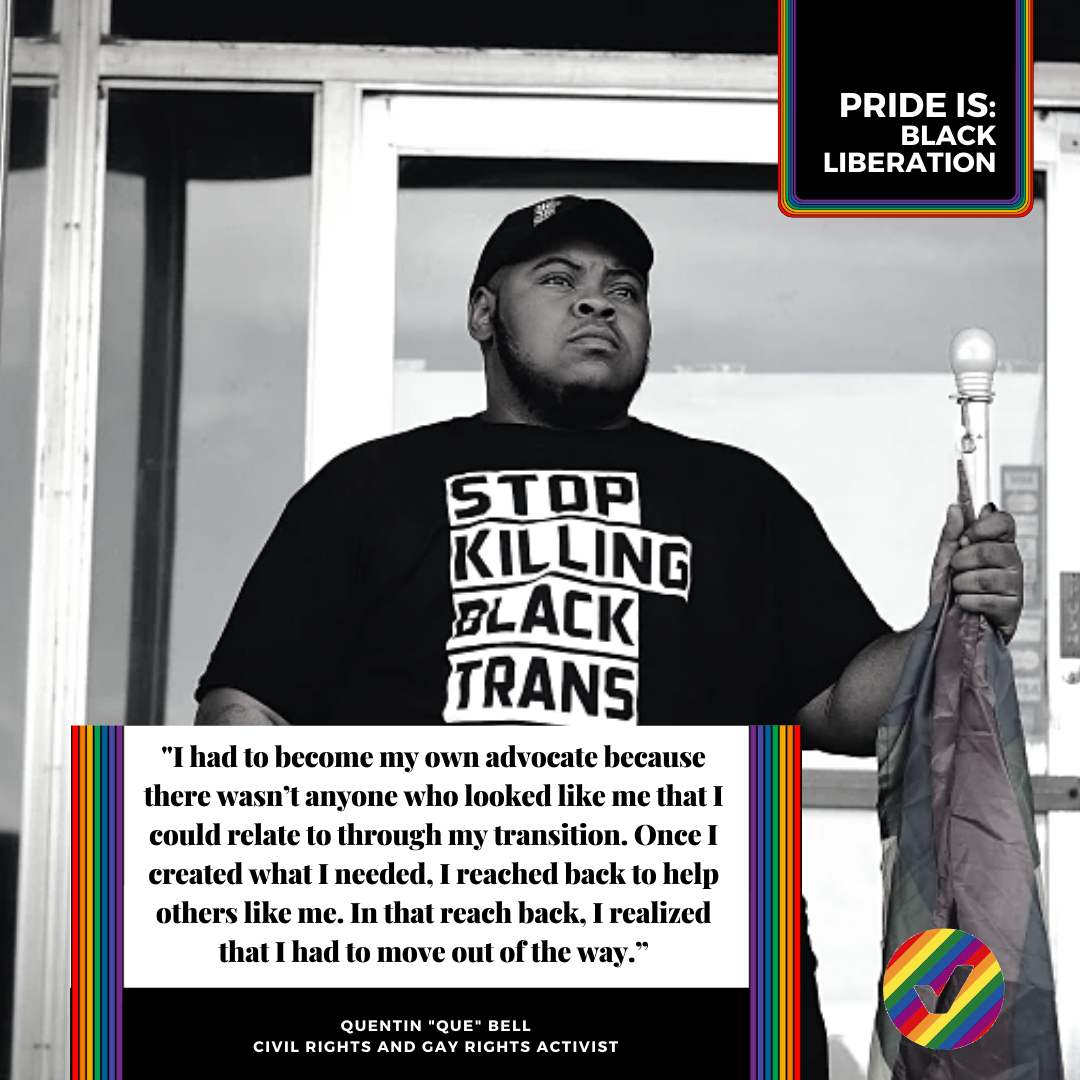 Quentin “Que” Bell is a trans man and Executive Director of The Knights & Orchids Society. His organization strives to build the power of the Black trans, non-binary and other members of the LGBTQ+ community throughout rural areas in Alabama.

Although Bell’s work primarily focuses on access to health care for Black trans and non-binary youth, his work also extends to the environment and partners to do work with environmentally focused organizations. Often the communities Bell serves are at the forefront of climate issues, from energy burden to living close to factories that create harmful waste and dirty the air. Bell realizes that climate issues and Black Trans issues are intrinsically intertwined.

Check out Quentin Bell’s feature in the Advocate as a Champion of Pride.

These three advocates are just a small reminder that the liberation of Black folks, especially Black TLGB+ folks is linked with environmental and energy justice. Additionally, this is a reminder that Black LGBTQ+ folks are always at the front line to fight for Black liberation and we owe those both past and present our gratitude and support.

Read more: Brandy’s Staff Voices piece on how racial injustice and climate warnings in their birth year of 1989 shaped the course of their life, and how they unite their passions through energy justice work.