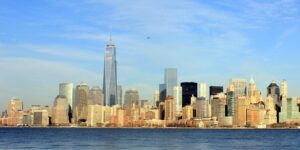 Albany, NY – On the eve of Climate Week, New York’s Public Service Commission (PSC) has taken a step backward in its quest to build a clean energy economy and lead on climate change with the latest ruling. The order undermines the economics of solar, storage and other distributed energy resources by undervaluing their contribution to the electric system.

“Governor Cuomo and his administration express commitment to combatting climate change, yet utility influence on the Reforming the Energy Vision (REV) process is slowing the growth of clean energy in the state. This week’s ruling by the PSC largely approved a set of utility proposals that undervalue solar, storage, and other clean energy technologies, after these proposals faced fierce criticism from solar and clean energy industry, environmental advocates and other stakeholders.

“The quick approval of controversial utility proposals with little time for critical examination from other stakeholders could become a pattern as the REV process continues. As the second phase of the VDER process unfolds, concerns have been raised about the process for thorough review of proposals and developments. We remain committed to working with the PSC and Governor Cuomo to deliver on their bright vision for the future, but we need a level playing field with the utilities.

“Our enthusiasm and the solar industry’s investment in Governor Cuomo’s clean energy and climate leadership has been tempered by the utilities’ ability to steer New York off course. In order to transform our electric system and deliver a clean, democratic grid for the future, the Public Service Commission needs to allow stakeholders to thoroughly vet and critique utility proposals before approving them, through a more methodical process.”